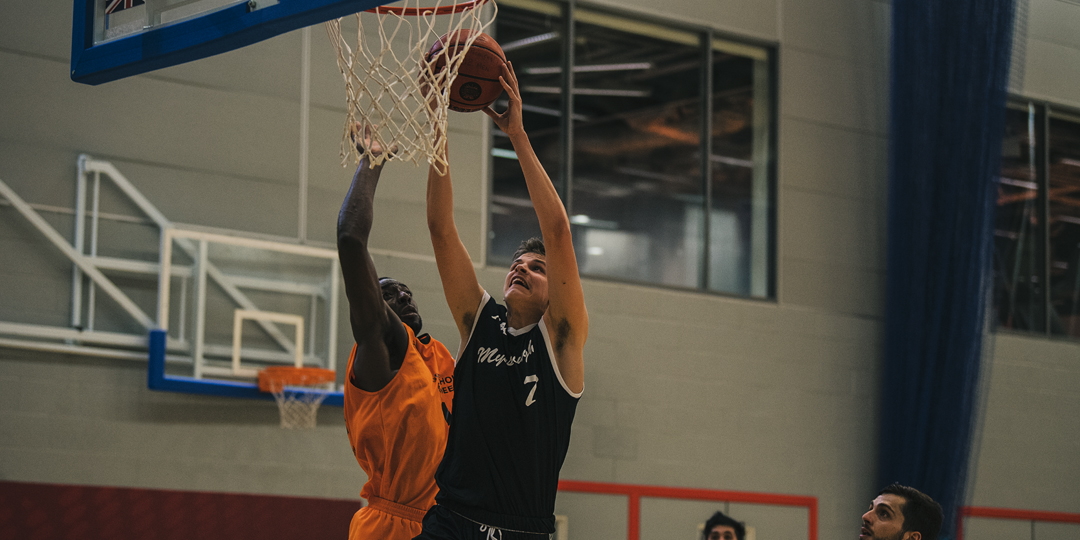 LONDON – Myerscough was left deflated after its exit from the National Cup last weekend, but earned a character win to start the Division 2 regular season.

Mate Okros, who led Myerscough with 17 points and four steals, scored four points down the stretch including the go-ahead basket with 1:27 remaining to help flip an eight-point deficit over the last five minutes for a 63-62 victory over the London Greenhouse Pioneers on Sunday afternoon.

“It was really important to win this game to boost our confidence,” said Myerscough guard Okros. “We regrouped and executed a strategy that ultimately got us the win.”

Max Hufschlag tallied 19 of his game-high 31 points in the first half to go with 16 rebounds for the Pioneers, who had held a 61-53 advantage with 5:17 left to play. Teni Mango knocked down a 3-pointer to cap off a 13-4 run, but London would score just one point from then on.

Sanmi Fajana struggled from the field on 4-of-13 shooting, but hit 4-of-5 free throws including a pair that kick-started Myerscough’s comeback. He finished with 14 points..

A 6-0 run pulled Myerscough within two before Lewis McGlasson fought his way to the rim to knot the game at 61-all. Okros then drove the lane and converted to give back the lead to Sco.

“It was a really difficult first league game, made even more so that it was on the road,” said Myerscough coach Neal Hopkins. “These guys have got to get used to the travel — we started like we travelled and like we were up at 8 a.m., but they showed a lot of hard work and resilience to come through in the fourth.”

London had two looks to win the game on the final possession, but a wide-open 3-point attempt at the buzzer rimmed out.

Myerscough didn’t hit its first field goal until 4:03 left in the opening quarter when Fajana hit a 3-pointer. London, meanwhile, was able to build an 11-point advantage — its largest of the game — before Sco used a 10-0 second quarter run to tie the game at 24-all.

Samuel Keita gave Myerscough its largest lead at 45-39 off a slam dunk. The Pioneers would outscore Sco 13-4 over a stretch that stretched either side of the final two quarters to take an eight-point lead before succumbing to the late rally.

Myerscough overcame a sluggish start after a long journey, which started at 8 a.m. Sco missed their first six shots and finished 37.1 percent from the field, but compensated by turning 18 London turnovers into 23 points.

The visitors also withstood a minus-14 rebounding margin whilst the Pioneers turned 15 offensive boards into 21 second chance points.