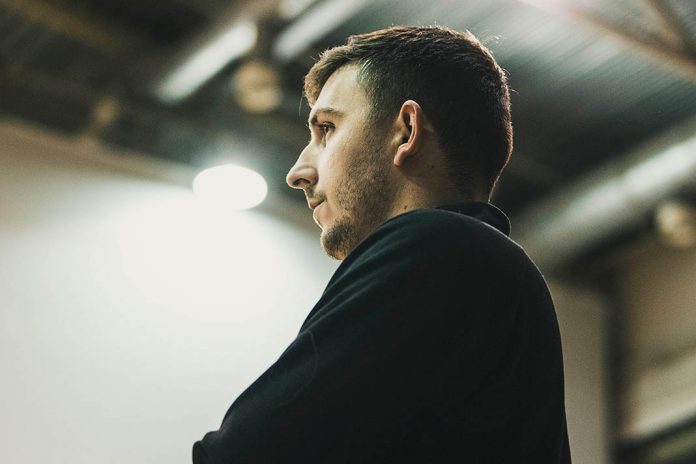 PRESTON – Myerscough head coach Neal Hopkins’ approach to Year 2 in the European Youth Basketball League has been made clear: “We’re here to win.”

This new group, which included six EYBL debuts at Stage I in Riga, Latvia, staked its claim that they’re there to back up their coach.

“That’s the mindset and mentality we want the guys to have,” said Hopkins.

After a surprising run to the SuperFinal last year, there is now expectation to reach the same end. Myerscough didn’t shy away, setting a 4-1 mark at Stage I — beating the defending champions in the process — to start on the front foot.

Bradley Kaboza also emerged as a reliable offensive threat, averaging 12.8 points in five games. He posted his first 20-point game in the win over BC Tallinn Kalev and scored in double-figures four-straight times.

“I’m pleased with my performance and I showed that I’m ready to step up to the challenge,” said the 6-foot-2 guard, who started every game in Riga. “I know I can impact both ends of the floor so that’s the expectation of myself.”

Myerscough imposed its will on opponents, outscoring teams 180-82 in the paint and 84-53 on points off turnovers. Franklin Agu led a team that had five guys average at least three rebounds with 7.4 boards per game. Sco, meanwhile, held a 208-146 margin on the glass, including 130-97 at the offensive end.

In that regard, Myerscough was relentless — it never let up.

Sam Akano capped off a 42-point win over RIG Lulea with a last second layup, indicative of this year’s Myerscough. Every point counts in a league where Myerscough knows all too well the small margins can make a huge difference.

Myerscough finished fourth at Stage II during the 2018-19 season on points difference — it then reached the SuperFinal via the same way. Lesson learned.

“We’ve shown our growth to consistently finish near the top end of each stage,” said Hopkins. “Though I think we’re going to walk away [from here] genuinely disappointed that we haven’t come first. We have to use that to fuel us — from this point we’ve put ourselves in a good position, but we cannot afford to drop games and I think the guys have learned that.”

Slowly an identity is taking shape after an overhaul to a roster that lost two top scorers from a year ago, but it doesn’t stray from what has worked previously. “We’re a team that represents Myerscough — with fire and energy,” said Kaboza, who has assumed a leadership role.

Kaboza was one of three to start every game in Riga. Agu and Amari Williams the others.

Despite being a newcomer, Agu has chipped in tenacity on the glass, something that helped kick-start his EYBL debut.

“In the first few games I was quite nervous, which resulted in me struggling to find the basket,” he said. “I decided to help the team in other ways by rebounding and playing defence.”

The 6-foot-6 wing’s 37 total rebounds is second-most by a Myerscough player a single stage since Sanmi Fajana pulled in 38 to start the 2018-19 season. His 18 offensive boards, meanwhile, is the most. Agu would close Stage I — where he shot 46.7 percent — with a 15-point performance in the blowout win over Lulea.

Myerscough flexed its depth, a sign that nothing has changed in its ability to retool year in and year out, with the breakout stage of second-year guard Mikey Irvine, who was selected to the EYBL All-Star Five. Akano fought for the starting role at point guard, contributing 7.6 points to go with 2.2 assists and 1.8 steals per game.

“At lot of these teams out here now know we’re credible,” said Hopkins. “They take us more seriously, which I think is in our favour, and they’re very nervous to play us.”