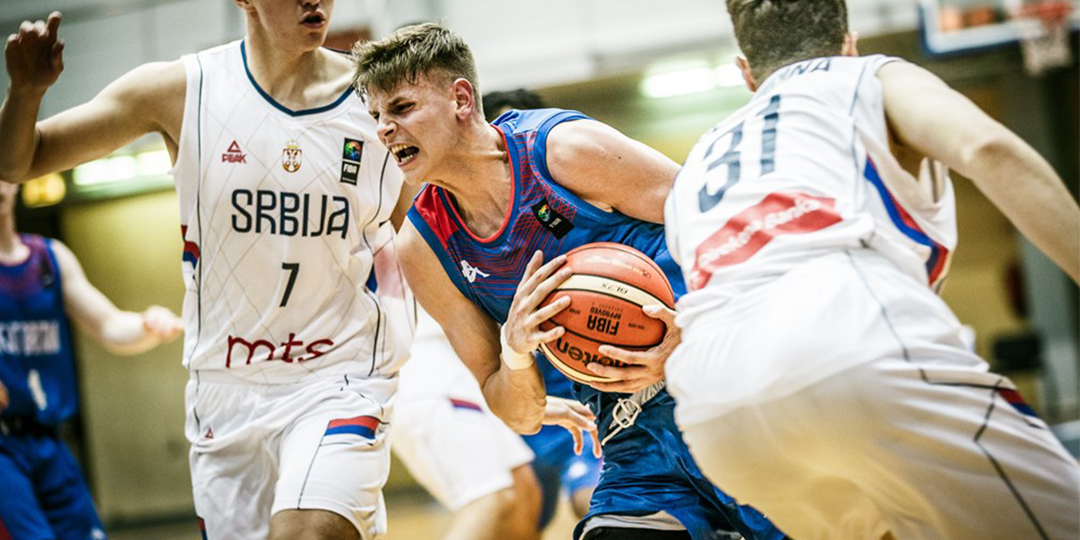 PRESTON/BELGRADE – Myerscough’s Mate Okros has been selected for the 2018 edition of Basketball Without Borders (BWB) to be held in Belgrade, Serbia August 15-18, and features the top male and female players age 17 and under from throughout Europe to learn directly from NBA and FIBA players, legends and coaches and to compete against the best young players from the region.

Okros, who is coming off a 7th place finish at the U18 European Championship with Great Britain, will join a field of 40 players from across Europe at the Zarkovo Sports Hall in Belgrade, marking the first time that the NBA and FIBA’s global basketball development and community outreach programme will be held in Serbia.

BWB, the NBA and FIBA’s global basketball development and community outreach program, has reached more than 3,200 participants from 127 countries and territories since 2001, with more than 55 former campers drafted into the NBA or signed as free agents. A record 24 former BWB campers were on opening-night rosters for the 2017-18 NBA season, including Milos Teodosic (Los Angeles Clippers; Serbia; BWB Europe 2001).

The NBA and FIBA have staged 54 BWB camps in 34 cities across 27 countries on six continents. More than 260 current and former NBA, WNBA and FIBA players have joined more than 200 NBA team personnel from all 30 NBA teams to support BWB across the world.

The first-ever Basketball Without Borders camp took place in Europe in July 2001. Vlade Divac (Serbia) and Toni Kukoc (Croatia), together with former teammates from the Yugoslav national team, reunited to work with 50 children from Bosnia and Herzegovina, Croatia, the Former Yugoslav Republic of Macedonia (MKD), Slovenia and Serbia and Montenegro at La Ghirada in Treviso, Italy.