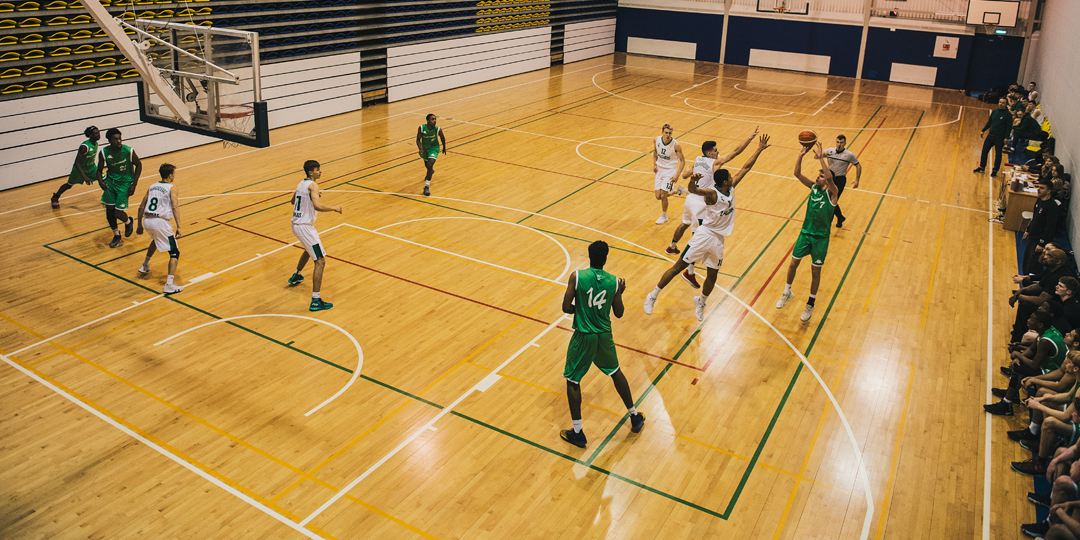 VENTSPILS, Latvia – Mate Okros had a season-high 26 points on 10-of-15 shooting to lead Myerscough past BC Zalgiris 62-56 on Saturday morning.

Okros, who scored 19 points before halftime, knocked down a trio of 3-pointers to go with five assists and bettered his 22-point performance from Stage I against BC Alvik Basket.

Amari Williams also had a career day posting a personal-best 14 points while grabbing a team-high eight rebounds. The forward scored five-straight points to start the third period, which broke a 33-all halftime scoreline and gave Myerscough a lead it wouldn’t relinquish.

Bradley Kaboza, who added five points off the bench, made 1-of-2 at the line to help Myerscough match its largest lead of six at 45-39 before Zalgiris cut it to a one possession game at the start of the fourth quarter.

A 6-0 run sparked by Sam Keita then pushed Myerscough ahead 51-43, with the lead growing to as many as 12. Zalgiris made a last-gasp attempt at a comeback, outscoring Sco 9-2 over the final two minutes, but it proved too late.

Gabrielius Celka was the lone player for Zalgiris to reach double-figures, finishing with 10 points. Laurynas Valstaras and Paulius Murauskas each added eight apiece in the loss.

Myerscough shot a red-hot 54.3 percent from the floor and outscored Zalgiris 38-30 on points in the paint.