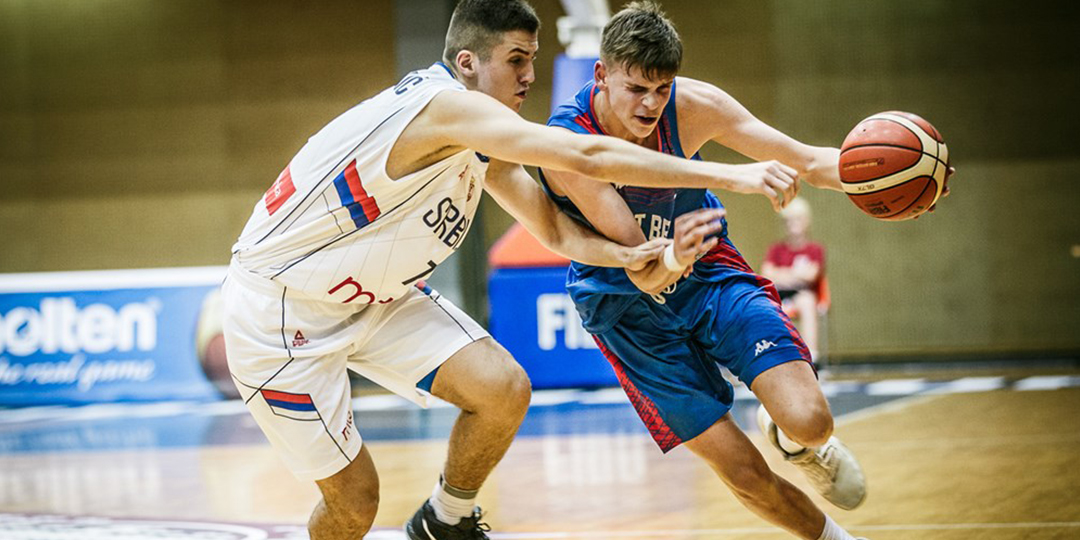 Great Britain, which bookended the tournament with a 70-68 win over Montenegro, claimed its best-ever finish by any junior team at a FIBA competition.

Okros ranked second on the team in scoring at 12.1 points per game on 51.9 percent shooting (28-of-54), including hitting 13-of-25 attempts (52 percent) from 3-point range. He was the lone player on Great Britain with multiple 20-point games — both coming back to back — and had a team-high at the tournament of 27 points against Lithuania.

“It’s a huge achievement and privilege to be part of a historic era and I’m more determined and motivated to reach a higher status next summer,” said Okros. “It has definitely pushed the expectations we should have as a nation knowing we can compete at such a high level – we can go even higher and that’s really promising.”

Okros, who ranked first on Great Britain in efficiency, was either ranked second or tied for second on the team in assists (1.7 APG) and steals (1.3 SPG). He also contributed 3.4 rebounds per game – ranked fourth.

In his European Championship debut, Low’s 2.9 points per game ranked second out of players averaging under 10 minutes. He connected on 6-of-15 shots from the field (40 percent) throughout the tournament, including 50 percent from deep (5-of-10).

“It was great to compete and show my strengths against the highest level under-18 European players,” said Low. “I enjoyed the challenge and feel I did a good job at putting pressure on the opponent — I can’t wait to continue improving even more this year at Myerscough and build on the momentum I’ve had.”