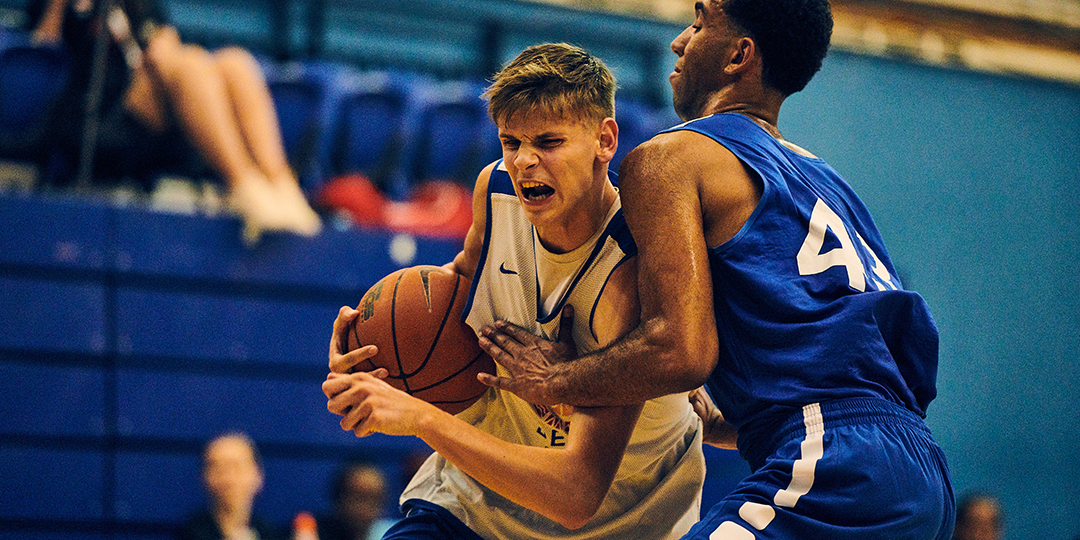 LONDON – Myerscough’s Mate Okros finished Deng Camp with the No. 1 ranking heading into the 2018-19 season whilst Callan Low came in at No. 10 following the four-day camp at the Crystal Palace National Sports Centre.

Demi Adenuga, Jamie Gray and Lewis McGlasson also represented Myerscough at the showcase for the top 50 under-19 players in the country, which puts campers through a series of individual drills, combine testing, classroom analysis, strength and conditioning training and competitive games.

“Every time I step on court I always aim to be the best I can be, but ultimately my mindset is just to have fun and work hard. I feel like this will help elevate my game to the next level.” said Okros, who was also an attendee of the prestigious Basketball Without Borders in Belgrade, Serbia.

Okros finished with eight points and four rebounds in the Deng Camp All-Star Game for Team White, which was coached by Myerscough’s Neal Hopkins. Low added 12 points on 4-of-8 shooting from the field to go with four rebounds and three assists for Team Black in a losing effort.

“It is an awesome feeling to be ranked 10th,” said Low. “I feel it really shows the amount of hard work I have put in over the season and it also shows how much I’ve benefited from working with the coaching teams at Myerscough, Great Britain and the Commonwealth Games. Even though I’m extremely happy about my ranking, I still want to improve and strive to be better both on and off court.”

Okros is looking to join Kyle Carey, who was named MVP for the first Deng Camp Alumni Game, as the No. 1 ranked player in the country at the end of the season.

Lewis McGlasson on his Deng Camp experience: “I loved every bit of Deng Camp. I loved the competitive environment it was in and everyone giving their hardest in order to get better. Being at an elite level camp you always have to be switched on at all times and be ready to play at all times.”

Demi Adenuga looking to improve on the back of Deng Camp: “The opportunity to play at Deng Camp was an amazing experience. It was nice to compete with and against friends and teammates and most importantly have fun. I learnt my game has areas I need to sharpen and improve on, and, unfortunately, I wasn’t ranked in the top 20 so that’s my motivation coming into the season; to work hard and push myself everyday.”

Jamie Gray on the doors Deng Camp can open: “My Deng Camp experience was amazing — I felt honoured to have been given the opportunity to play with some of the top athletes in the country. The camp brought into perspective what it takes to be successful in the sport and made me realise the opportunities basketball can give.”