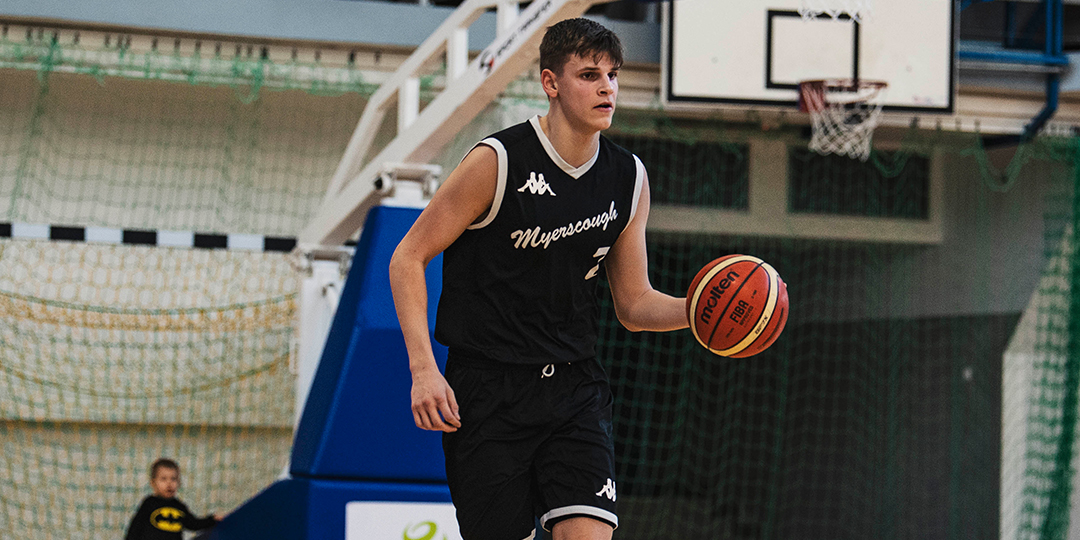 LUBLIN, Poland – Myerscough guard Mate Okros was selected to a second consecutive EYBL All-Star Five for his performance at Stage III in Poland.

Okros averaged 13.8 points on 45.5 percent shooting to go with three rebounds and 1.6 steals in five games. The 6-foot-6 guard scored in double-figures across the entire stage and led Myerscough with 17 points in a signature win over Riga to secure the team’s place in the Final Four.

“It means a lot knowing other coaches from top European teams thinking that I’m one of the top players in the league and it gives me a lot of confidence going into the next stage,” said Okros. “It shows the amount of work I’ve put in towards the competition.”

Okros, who ranks ninth in the league in scoring, led the team in scoring in three out of the five games in Lublin and had a season-high six steals against Wladyslawowo. He’s posted at least 10 points in nine straight outings, dating back to Game 2 in Latvia.

Myerscough, meanwhile, has had a played named to the EYBL All-Star Five at each Stage, with Sam Keita receiving the honour to open the season in Estonia.

“We’ve come a long way since the start of the season,” said Okros. “We’ve picked up our intensity with each stage and it’s a great achievement, but we don’t stop here.”