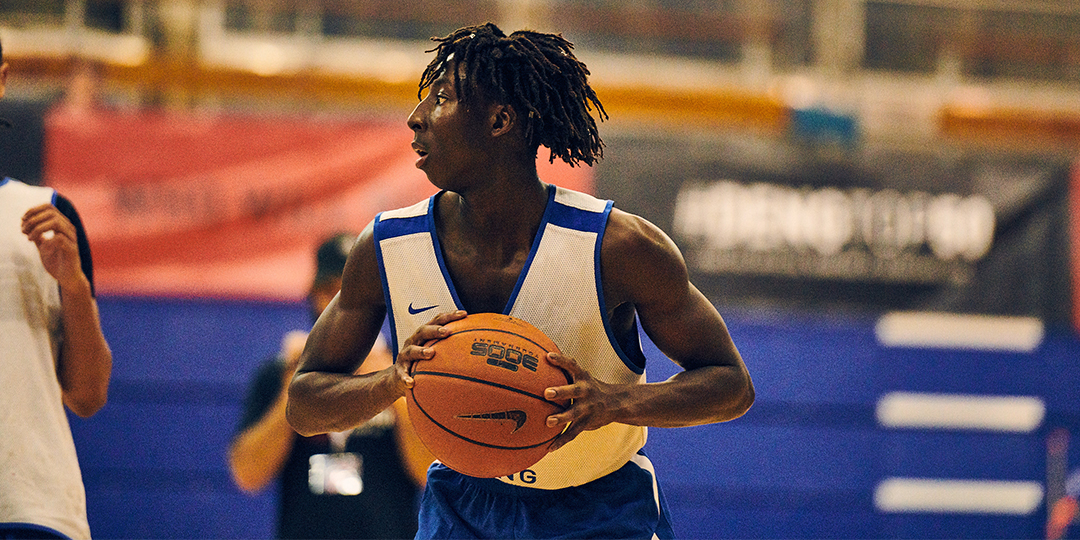 PRESTON, Lancs – Myerscough’s newcomers to the programme are poised to step immediately into pivotal roles as the European Youth Basketball League gets under way this Friday in Estonia.

Following the graduation of the “Chef and Captain” duo of EABL West All-First Team Edoardo Del Cadia and All-Second Team Konrad Kantorski, there came an instant loss of production from the 2017-18 team.

Kantorski and Del Cadia ranked first and second, respectively, in scoring and both ended the year ranked in the Deng Camp top 10 prospects. Del Cadia was the team’s leading rebounder whilst, Kantorski, meanwhile led in 3-point shooting.

“I don’t feel pressure,” said Amari Williams, who was one of the five newcomers to be selected for the EYBL roster. “I’m excited to be to given the opportunity to have the same role as someone who was a main player within the team last year.”

Williams, a 6-9 forward from Nottingham, truly broke onto the scene during the 2017-18 season and was the youngest player to be named to the HoopsFix Underclassmen All-Star Game in London. His summer rise continued with Great Britain at the FIBA U16 European Championships where he averaged 5.6 points to go with 6.5 rebounds and 2.3 assists.

“I’m privileged and thankful that the coaching staff believes I am able to contribute in this competition, despite being new to the programme,” he added. “I’m looking forward to taking part in such a prestigious tournament.”

Williams is joined in the front court by 2018 recruits including Samuel Keita (6’10”), Sanmi Fajana (6’8”) and Lucas Hamill (6’6”), with Neal Hopkins seriously addressing a deficiency from last year.

The EYBL has also gifted the five incoming players not only a new competition, but the chance to showcase their abilities to a wider audience across Europe and that hasn’t gone unnoticed.

“Myerscough’s commitment to the EYBL really encouraged me to push myself over the summer to try and get a place on the squad,” said Hamill, who averaged a double-double during the season and helped his hometown club win the SBC Playoff Championship.

The Scottish born forward relishes the benefits of competing at a higher level, noting, “Playing in this competition will really help further my ability as a player and will open up opportunities.”

Kantorski, meanwhile, leaves behind a large gap at the guard position, but the experienced Corey Samuels, who is a versatile player, can step right in and find a place amongst a core that includes returning starters EABL West All-Second Team Mate Okros and third-year Rayon Brown.

“I’m excited to be given the chance to step into a similar role as Konrad and hope to bring the same level of productivity to Myerscough,” said guard Samuels. “My main goal has always been to do what I can to help the team win games.”