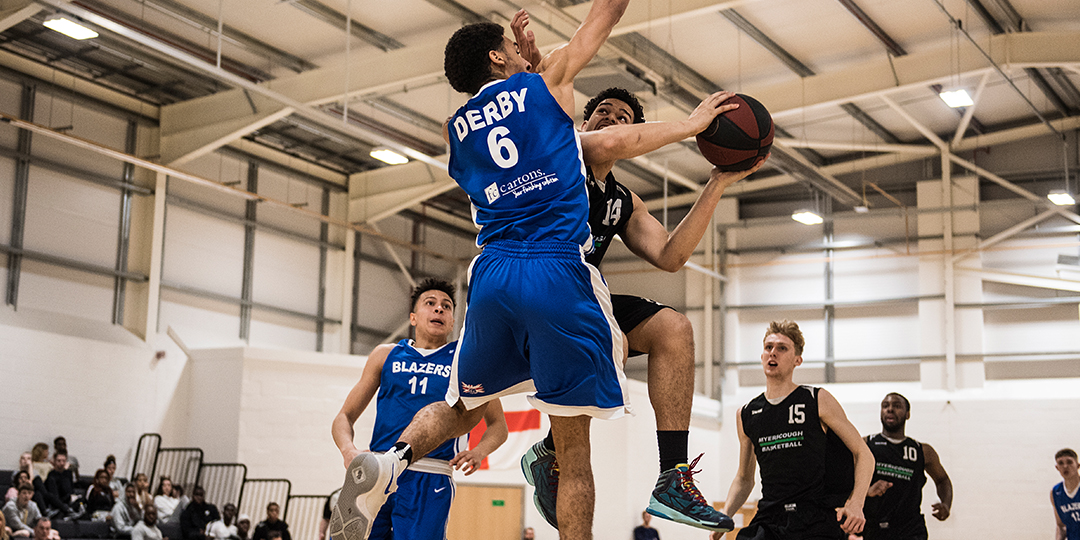 MANCHESTER – Tim Collier had a team-high 18 points to go with four steals and the Myerscough Under-18 Men’s team cruised to an 89-66 win over the Manchester Magic on Saturday.

Bradley Kaboza made six steals and scored 11 of his 16 points in the first quarter and Louis Sullivan added 14 for Myerscough (1-0), which shot 45.7 percent from the field and had 40 points off turnovers.

Myerscough, whose largest deficit was 4-2, used an early 13-0 run to break the game open and wouldn’t trail again.

Sanmi Fajana (13 points & 9 rebounds) hit back-to-back 3-pointers to start the second half, which sparked a 17-9 burst before a 13-3 run pushed the Magic out of reach.

POST GAME QUOTES
MYERSCOUGH UNDER-18 MEN’S COACH TROY CULLEY
On valuing possessions …
“The biggest thing right now is we said we have to be competitive and we have to understand that every time we step on the floor every possession counts.”

On Tim Collier’s performance …
“He’s really turned the corner. He had quite a turbulent year last season, but he’s realised that he’s needed to embrace that second-year leadership role. He’s been able to focus on his game and that’s been really beneficial and he’s challenged himself the right way.”

On Bradley Kaboza’s impact …
“Brad is a great kid. He’s hyper energetic and really wants to get it done. He’s a great role model despite being a first year. That energy is infectious so once he started getting going it allowed others to do the same.”

On the team’s mentality …
“We want to step on the floor and say right we’ve got a job to do, let’s do it. That mentality can carry us forward against any opponent. It’s business, we’re going to put a performance in each week.”

On picking up an early road win …
“We were composed and we came out to get a job done.”

On contributing in a win …
“I just wanted to get points on the board for my team, if that meant scoring or assisting, but I started strong and I’m happy about that.”