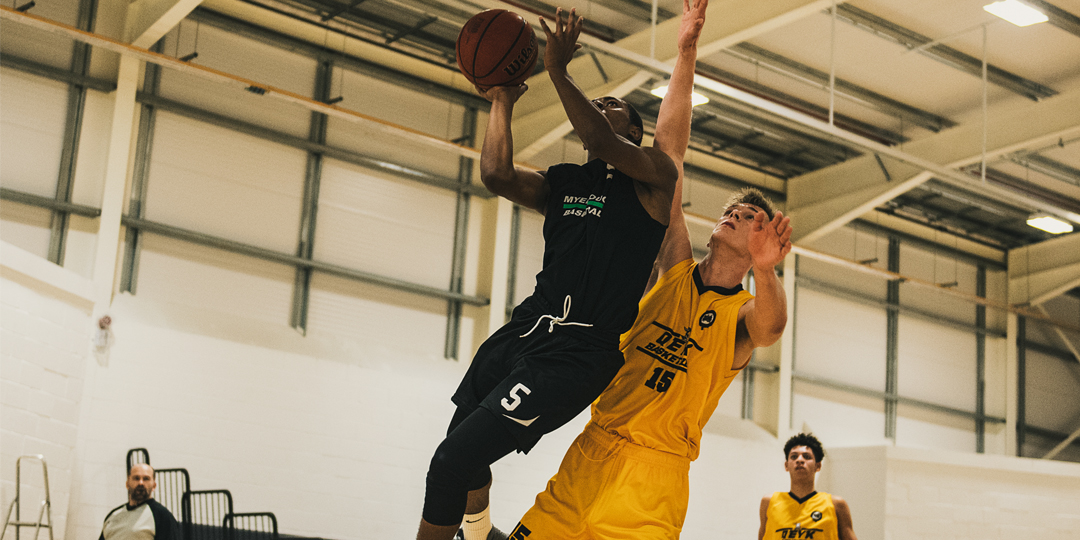 PRESTON – Bradley Kaboza scored 26 points on 11-of-17 shooting to go with six steals and the Myerscough Under-18 Men’s team thumped QE York 97-66 on Saturday.

Myerscough shot 44.4 percent, had 25 assists on 40 made field goals, tallied a season-high 26 steals and forced 44 turnovers, leading to 41 points.

A 12-2 burst from Myerscough over four minutes broke open a two-point first quarter lead, which expanded to 50-29 at the break. The advantaged ballooned to 27 before the Knights put pressure back on the hosts with run that cut it to 66-50.

Sco, however, regrouped and ended used the biggest run of the game to ensure their unbeaten run remained in tact.

Louis Sullivan added 13 points to go with seven rebounds and four steals and Sam Akano scored 11 and finished with five steals and four assists for Myerscough.

J Barrett led QE York with 21 points in the loss. E Walsh added 16 and six assists but had 14 turnovers.