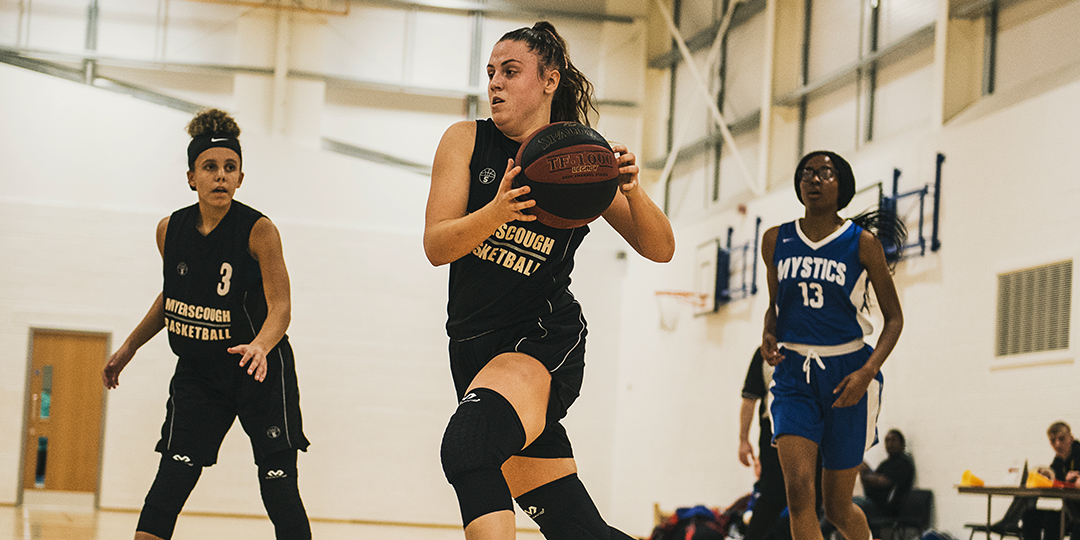 PRESTON – Myerscough Women’s team forward Katie Simpson announced on Thursday her commitment to the University of Northwestern Ohio in the United States.

“I knew what I wanted to achieve so I pushed myself — I put in the extra hours on court and in the gym so to see it all pay off has inspired me to keep going,” said Simpson. “I’m grateful for Coach Mike [Bernard] as he was patient with my injuries at the start of the year and he helped me be able to trust myself again.

“He noticed things I did excelled at and encouraged me to bring that to the floor every time I played, which really brought my confidence up. He’s got a lot of life experience and basketball knowledge and that’s what I’ll carry forward to this next chapter.”

Simpson was named to the Women’s Elite Academy Basketball League All-Second Team in the North Conference following the 2018-19 season where she averaged 11 rebounds per game to go with three points. The 5-foot-9 forward also featured for Myerscough’s first-ever senior women’s team in Division 2.

John McGinty, who was named head coach on April 17, will be entering his first season at the helm of the Racers. UNO is coming off a 10-21 overall record and 6-14 mark in the Wolverine-Hoosier Athletic Conference (WHAC), which is in NAIA’s Division II.

“Myerscough has been an ideal environment to improve, with outstanding facilities just a short walk from where we live,” said Simpson. “We’ve been exposed to different levels and styles of basketball, including in Europe, which forces players to adapt and challenge ourselves to get better.”