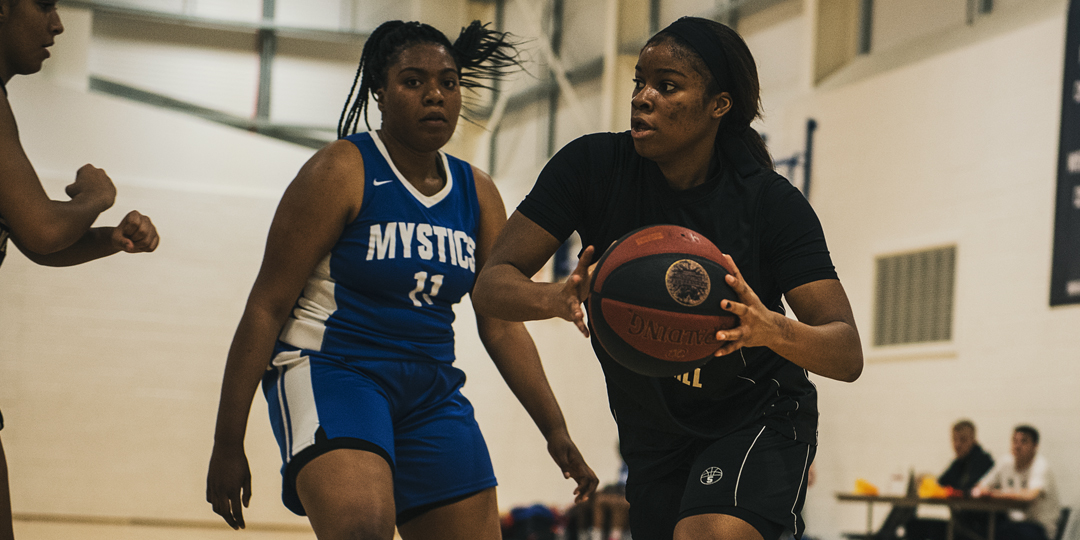 PRESTON – Kyra Smith scored 24 points and converted a pair of free throws with 11.8 seconds remaining to help Myerscough secure a 63-62 win over the Manchester Mystics.

“It was big, especially for a young group, to pull off a win and stay composed down the stretch and to listen to what I was saying in the timeouts and put it all together on the floor,” said Bernard. “I knew the girls were going to be nervous, but I had to keep them focused on what we’ve been doing in practices and to stay aggressive on defence.”

Myerscough managed to claw back a 48-41 second-half deficit with a 10-0 run that spanned either side of the third and fourth quarter to take a three-point lead.

Manchester then knocked down a 3-pointer to tie the game at 51-all and a 7-0 burst pushed the Mystics ahead 56-51. But Myerscough responded holding the visitors to just a single point to surge into a one-point advantage.

The Mystics missed four of five free throws down the stretch, before Paula Puzule converted from range to give Myerscough a 61-58 lead.

Jade Mbam made it a one-point game, though Smith calmly sank two free throws to hold off the late rally.

Mbam finished with 17 points and Chloe Andrew and Lina Asobirionwu each added 12 for the Mystics in the loss.