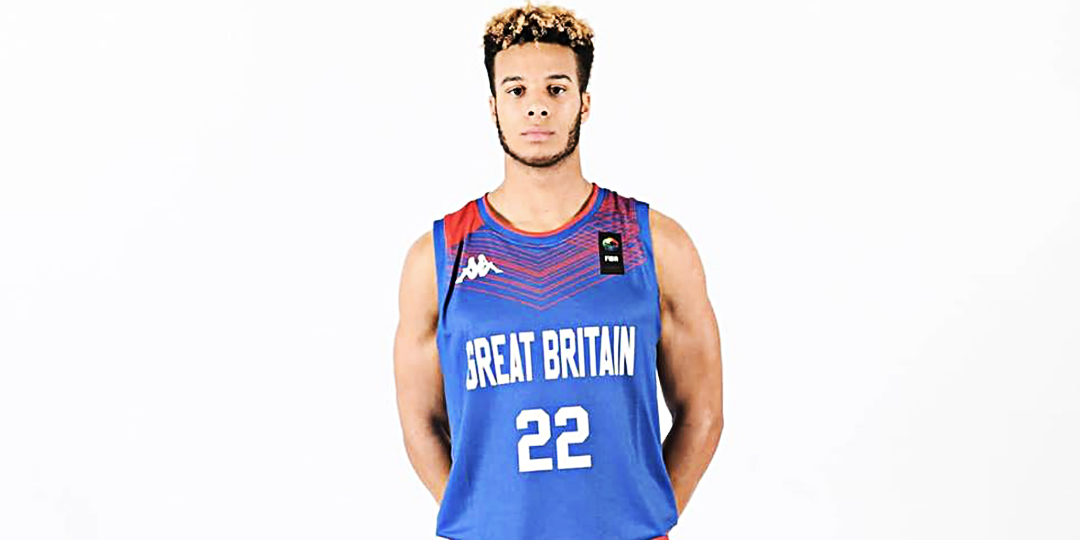 PRESTON, Lancs. – Myerscough alumni Zion Tordoff has been included in the Great Britain Under-20 Men’s team set to make its return to Division A at the 2018 FIBA U20 European Championship in Germany.

Tordoff — currently attending Casper College (USA) on an athletic scholarship — last played at a European Championship in 2016 with the England Under-18s where he averaged 8.8 points and 3 rebounds per game.

“Being apart of the Great Britain team and representing my country is always going to be one of the proudest moments of my life. It’s a huge honour to be with this group of coaches and players and we’re determined to show what we can do,” said Tordoff.

“After having a tough year with regards to injuries, it shows my development mentally more than many other things to stay engaged, keep motivated, and fight to reaching my goals. I’m excited to compete in such a prestigious tournament and learn from it to become a better player.”

Great Britain’s campaign gets under way on July 14 when it takes on Turkey at the Richard-Hartmann Halle in Chemnitz, before facing Montenegro and Lithuania to complete Group A play.

The 2017 champions Greece were drawn in Group C alongside runners-up Israel. Spain, which finished third a year ago, is in Group B.

Great Britain last competed in Division A in 2015 where it placed 15th overall, ending a two-year stay against Europe’s elite teams.

But Tordoff’s former Myerscough teammate, Kyle Carey, was part of the Under-20 team that finished third to secure promotion from Division B last year in Oradea, Romania.

For more information about the 2018 FIBA U20 European Championships, visit: www.fiba.basketball/europe/u20/2018.