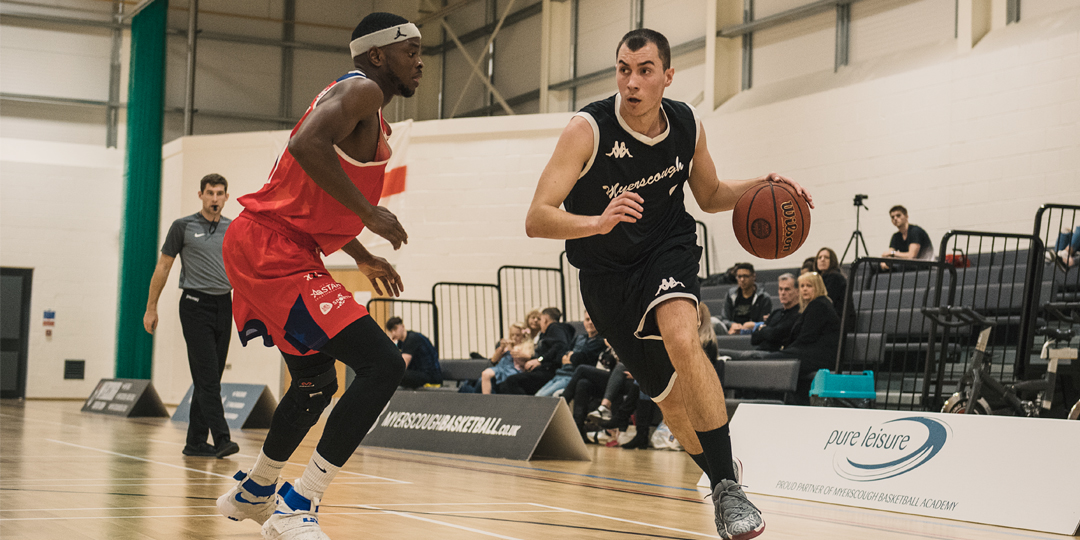 PRESTON – David Walsh scored 10 of his game-high 15 points after halftime to help spark Myerscough to a  70-64 win over the East London All-Stars.

“This is going to give me great confidence going forward, particularly with my shooting,” said Walsh. “Despite starting the season in a bit of a slump, the guys are still finding me and wanting me to take those shots and today it helped sparked us to a win.”

Walsh, who is known for his ability to knock down the outside shot entered just 18.2 percent from range, hit 3-of-4 3-pointers and added game-best eight rebounds on Saturday. The guard followed up a thunderous dunk with a three to give Myerscough a fourth-quarter lead it wouldn’t relinquish.

East London tried unsuccessfully to cut into a late deficit on the heels of a Mark Manovan 3-pointer, but Mate Okros responded with a dagger three from the corner with 34 seconds remaining to extend the lead to eight.

Both Myerscough and East London clawed back double-digit deficits in a rematch of the Division 3 Playoff Final from a season ago. Sco trailed 28-16 with 7:01 left in the first half before using a 28-8 run, which spanned either side of the break, to take an eight-point lead.

Callan Low hit threes from either corner to give Myerscough its largest lead at 52-39 with 2:40 to go in the third. But East London scored 14-straight to regain a one-point advantage before Sco took command.

“These guys aren’t going to lie down for anyone,” said Myerscough coach Neal Hopkins. “Whenever we’ve been in a hole we’ve dug deep and found a way to get back into games. That character and hard work has to be our backbone.”

Myerscough out-rebounded East London 44-30, including 18-10 on the offensive glass. Sco converted its second efforts into 17 points and got a further 25 from points of turnovers.

Sam Keita finished with seven rebounds and grabbed three on the offensive end and was the lone front court player to reach double figures scoring with 12 points.

“Neal has put a high expectation on all the bigs,” said Keita. “We should take it on our shoulders with the mindset that we need to get it done.”