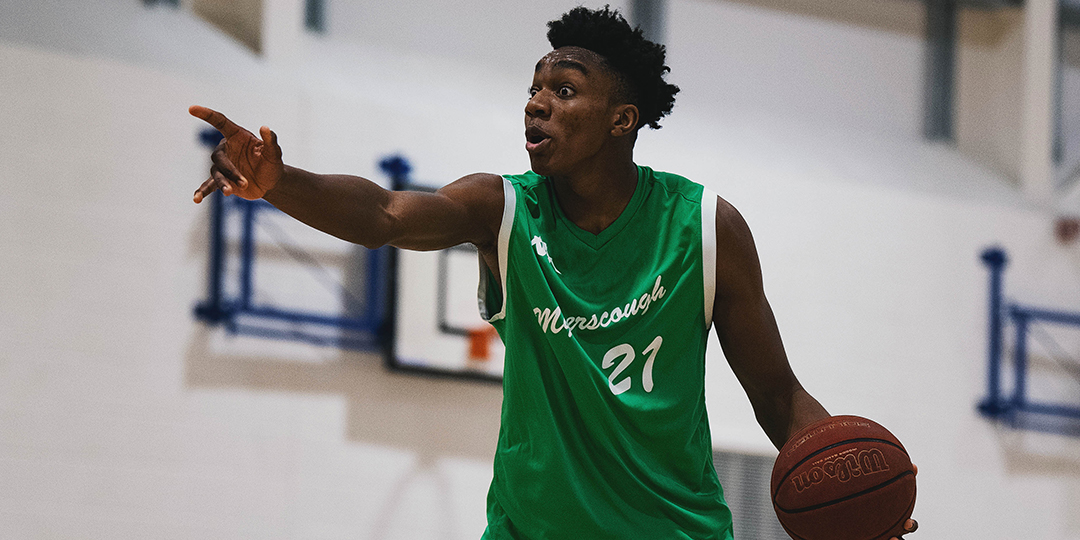 PRESTON – Myerscough forward Amari Williams has been selected to attend Basketball Without Borders (BWB) Europe, which will be held June 9-12 at the Elektrum Olympic Centre in Riga Latvia.

BWB Europe brings together the top 64 male and female players ages 17 and under from throughout Europe to learn directly from current and former National Basketball Association (NBA) and International Basketball Federation (FIBA) players, coaches and legends and to take part in variety of activities on and off the court, including movement efficiency, skill development stations, shooting and skills competitions, 5-on-5 games, and daily life skills seminars focusing on health, leadership and communication.

Williams is the second Myerscough student-athlete to be selected for BWB Europe following Class of 2019 Mate Okros’ participation at the 2018 camp in Belgrade, Serbia. Okros has since committed to Drexel University in the United States.

“It means a lot to be selected for Basketball Without Borders and just having the opportunity to go to such a great camp is a great accomplishment,” said Williams. “To be included as one of the top junior players in Europe is crazy to me, but it’s also rewarding that that’s the level people see me at.”

The 6-foot-9 forward gained experience in his first year at Myerscough with the European Youth Basketball League (EYBL), National League 2, Under-18 Men’s and Elite Academy Basketball League teams in 2018-19. He helped clinch the U18 National Championship by averaging a double-double — 10.6 points and 11.2 rebounds — in the playoffs.

Williams averaged 6.2 points and 5.5 rebounds in 18 games during the EYBL season, where Myerscough finished third and reached the SuperFinal. The forward, who added nearly a block a game to go with 1.4 assists, had breakout performances against BC Zalgiris — 14 points and eight rebounds — and BS Riga — 13 points and 13 rebounds.

“Throughout the season I’ve seen improvements on my inside game and also on being able to guard my position out on the perimeter. The EYBL and Division 2 has tested my ability against younger and older players and that’s motivated me to get bigger to cope with physicality,” he added. “I’m hoping to learn new ways to read and play the game from professional coaches and players at the camp, which will benefit me next season.”

For more information about Basketball Without Borders, visit: www.fiba.basketball/en/bwb.