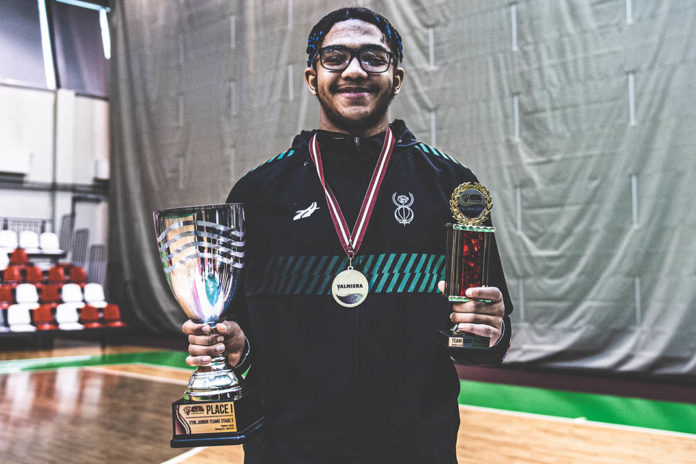 Agu ranked third overall in rebounding at the Valmiera phase of the competition, pulling in 7.2 boards per game, including averaging three at the offensive end. His 10.6 points was third on Myerscough and above his averaged entering the stage.

“Not everyone has been able to experience this type of level of basketball so it’s a great feeling to be part of something so rewarding,” he said. “I want to do anything I can, like all the little things, to contribute to the team so we can keep putting ourselves in positions to be successful.”

Agu was one of three Myerscough players – Bradley Kaboza and Amari Williams – to rank in the top six in efficiency in Valmiera. His best output at Stage III came against SPB University when he scored 14 points on 6-of-8 shooting to go with nine rebounds in just 13 minutes.

“It’s a big thing [as a programme] to be able to show that we’re meant to be playing in these types of competitions — to earn recognition for what we’re doing and how we should be respected more,” Agu added.

Myerscough secured a return to the SuperFinal after locking up the EYBL regular season championship with a 14-1 record. Sco, who finished Stage III with a 5-0 record, earned a second consecutive overall victory at a phase and extended its league winning streak to a historic 12 games in the process.