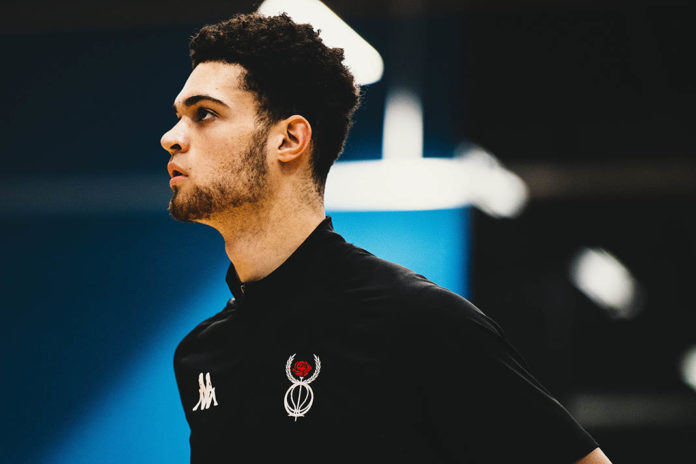 Chigbo, who spent two years at SGS College before completing his final season at the Preston-based Academy, had Angelina College and Palm Beach State College among his top choices.

“Committing [to Blinn] is a big achievement for me,” said Chigbo. “It gives me the next step in my basketball as well as an academic future. I’ve had lots of conversations with all the coaching staff and they showed interest in me not just as a basketball player but as a person.”

The 6-foot-11 and 100 kg native from Bristol, England saw action in 12 of 15 games for Myerscough en route to the European Youth Basketball League regular season championship. He averaged 2.4 points on 56 percent shooting and 2.2 rebounds in his lone campaign in European competition.

Chigbo helped Myerscough claim its fourth EABL North Conference regular season title and a spot in the playoff finals — cancelled by Basketball England due to the COVID-19 outbreak. His numbers in the Academy league stood at 6.4 points and 7.1 rebounds, including 2.9 offensive boards in seven games.

Chigbo, who is currently ranked 18th in the DENG Camp Class of 2020, was also part of the Myerscough Division 2 Men’s team that strung together an eight-game league winning streak, posted a 14-3 record and had a 17-4 mark overall. The forward was part of Sco’s historic run to the National Cup semifinals.

“Myerscough has shown me how to win — and that is a mindset I have developed,” he added. “The Academy gave me a chance to play and train against high-level players and in strong competitions. The coaches took the time to work with me to help me improve my game and have been important to my growth as a basketball player.”

Blinn finished the 2019-20 season with a 23-10 record, including an 11-8 mark in conference play. The Buccaneers reached the Region XIV Championship game under the direction of head coach Scott Schumacher where they lost to Angelina College.