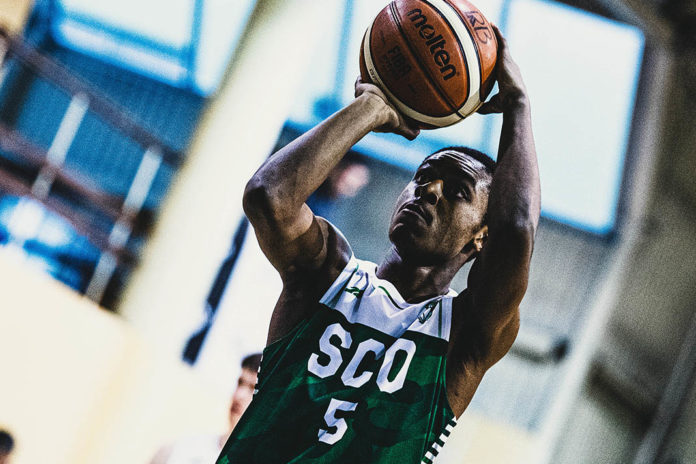 PRESTON – Bradley Kaboza scored a career-high 36 points and undefeated Myerscough overturned a 10-point halftime deficit to beat Charnwood 91-81 in the EABL on Wednesday.

Kaboza posted his second 30-point game of the EABL season, both coming in wins over Charnwood. He had 31 points in the Oct. 16 road victory. He hit 11-of-19 shots, including three 3-pointers, and went 11-of-13 at the free throw line.

“I’ll do anything to help the team,” said Kaboza. “When you have brothers that are willing to battle alongside you, it’s the best feeling. I live in those moments and I’m glad we could come out with the win.”

Amari Williams added 15 points and 15 rebounds for Myerscough (11-0). Mikey Irvine chipped in 13 points – all in the second half – and Sam Akano had 10 to go with four assists.

“You have to give credit to the way Charnwood played in the first half – they shot the ball incredibly well and were fortunate to only be down 10 at the break,” said Myerscough head coach Neal Hopkins. “We just had to take more pride in ourselves individually and we made the right adjustments to swing the game in our favour.”

Charnwood, who hit 10 of its 13 3-pointers in the first half, used a 20-5 run to build a 30-23 lead with seven minutes left in the second quarter. Blaize Sagna would hit three straight 3-pointers and Josh Lloyd added a fourth with the Riders taking a 51-41 advantage into the break.

Sagna’s layup gave the Riders their largest advantage of 14 points early in the third before Myerscough scored eight unanswered to pull within 55-49 and force a timeout at the 4:52 mark.

Myerscough capped off a 24-12 third quarter with back-to-back threes from Irvine and Kaboza before Great Osobor gave Sco their first lead since late in the opening quarter.

A 14-2 stretch pushed Myerscough ahead, 71-65, and Charnwood got within three, but no closer. Sco led by as many as 11 points in the fourth quarter before closing on 5-of-6 shooting at the free throw line.

Sagna had a team-high 24 points for Charnwood (7-2) and Lloyd hit six 3-pointers and finished with 21 in the loss. Victor Ndoukou added 12 points.