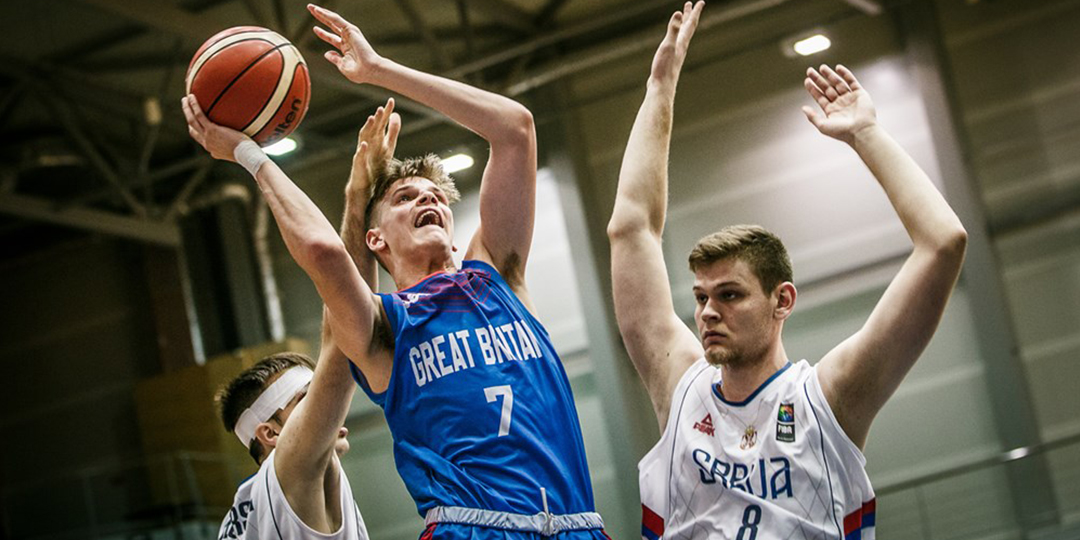 TALLINN – Everything about the EYBL is an unknown, but Mate Okros and Callan Low hope to lean on their FIBA Under-18 European Championship experience when Myerscough hits the court against TTÜ Korvpallikool on Friday.

“The mentality needed to compete with the top tier teams that we will see in the EYBL will be to fight no matter the circumstance,” said Low, who was part of Great Britain squad that made history and finished seventh in Latvia this summer. “The key for us is to ensure that we are the toughest team mentally and show we can deal with any situation.”

The two felt the successes and eye-opening experiences that are associated with competing against elite-level teams with Great Britain including a pair of wins over Montenegro and Finland. There were also lopsided losses to Lithuania and basketball powerhouse Serbia.

“It’s so important to always be switched on and ready to play — any lapse in concentration is going to be punished,” said Okros. “Whatever you can do here in England you’ll need to give even more to compete against those top European teams.”

Myerscough has gotten a taste of playing renowned European teams in each of the last two seasons at the Holland Nordic Basketball Tournament in Groningen, where it finished in third in 2018.

A testament to the Academy’s progression was the disappointment with the result — the players knowing that they can not only compete, but win.

“(The Academy) has improved over the years and for us to be considered and accepted into the league shows that Myerscough can holds its own with top opposition,” said Okros.

Low, who featured with Scotland at the 2018 Commonwealth Games on the Gold Coast, echoed the sentiment.

“The coaching staff at Myerscough is giving us the chance to be exposed to the highest level possible,” he said. “We’ve got a chip on our shoulder to ensure we show we belong with Europe’s most elite teams and academies.”

Myerscough knows it belongs — now it can prove it.