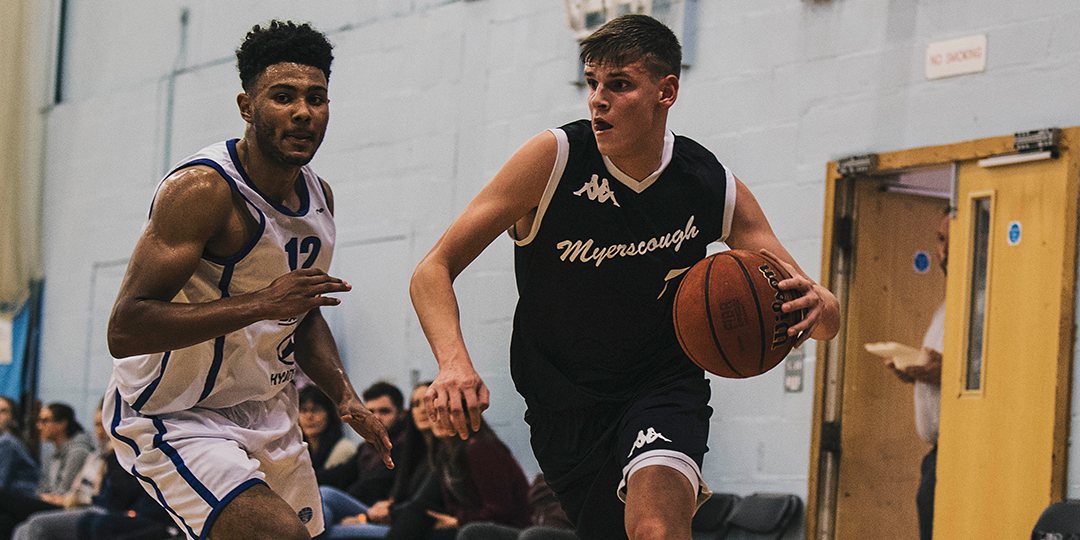 Myerscough maintains 10 players that featured in all five games during the course of Stage I in Tallinn, Estonia, including leading scorer Mate Okros. Guards Bradley Kaboza and Ade Adeniran are the lone newcomers to join the Latvia-bound roster.

Okros ranks 10th in scoring overall in the competition at 13.8 points per game on 41.5 percent shooting. The guard, who had highs of 22 points and seven rebounds against BC Alvik Basket, is also making two steals and dishing out 1.4 assists — tied for first and second alone on the team.

Forward Sanmi Fajana is the team’s leading rebounder with 7.6 boards per game to go with 9.8 points, which ranks second on Myerscough. Fajana posted back-to-back double-doubles to close Stage I and had a personal-best 17 points versus BC Helsinki.

Callan Low is one of three players to have started all five games in Estonia. The 6-foot-3 guard is adding 8.6 points on 38.6 percent shooting and two assists and two steals per contest — both rank tied for first on the team.

Other returners include a trio of guards — Corey Samuels, Rayon Brown and Tim Collier — and forwards — Samuel Keita, Jamie Gray and Amari Williams. Second-year guard Lewis McGlasson is set to make his EYBL debut after travelling with the team, but was forced to sit out through injury.

Kaboza and Adeniran, meanwhile, have both featured regularly for the Myerscough Division 2 Men’s and EABL teams.

Myerscough opens up Stage II of the EYBL schedule on Friday against hosts Ventspils at 11:30 a.m. local time.