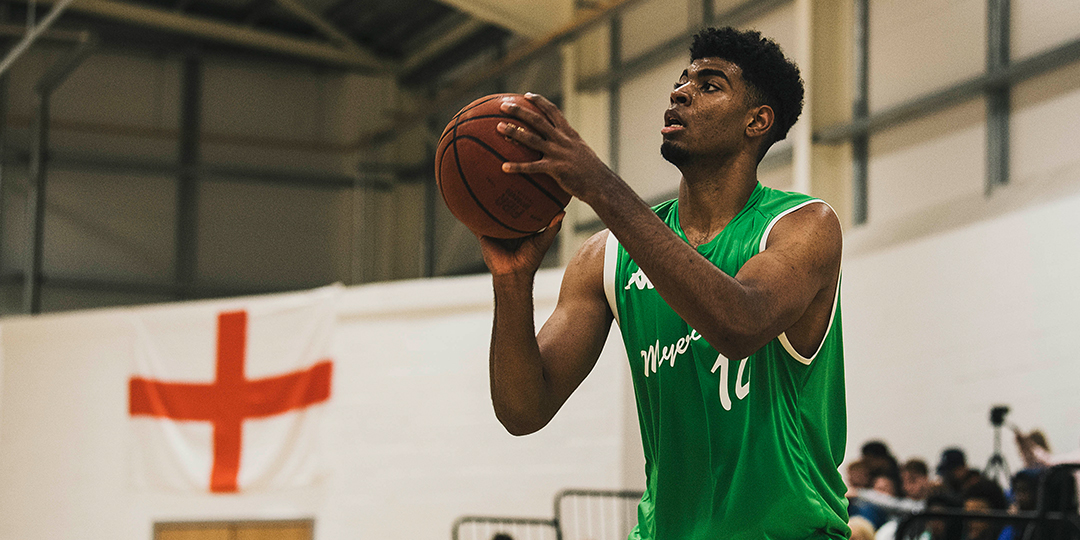 PRESTON – Sanmi Fajana leads a cast of five returning Myerscough student-athletes to have been selected to attend the 2019 DENG Camp in London, the camp announced on Monday.

DENG Camp, which brings in the top 50 under-19 players from across the United Kingdom, puts its athletes through a series of rigorous individual drills, combine testing, classroom analysis, strength and conditioning training and competitive games. The top 20 players then participate in an All-Star Game, with the rankings continuing throughout the season.

The 6-foot-10 forward Williams — tabbed as one of the bright prospects across Europe — has already had a busy summer having attended Basketball Without Borders Europe in June before flying to America for the NBA Academy Games a month later. He then was selected to represent Great Britain at the FIBA U18 European Championships.

McGlasson is coming off a season where he earned Most Valuable Player honours after helping Myerscough win the Under-18 Men’s National Championship. Kaboza had a breakout campaign as a first-year at the Academy, as part of the team to reach the European Youth Basketball League SuperFinal while Louis Sullivan became a reliable fixture for the under-18 men’s team.

Amari Williams, Myerscough forward:
“DENG Camp is going to be great. The best part will be competing against players who all have something to prove and back up why they have been invited. Myerscough has so far helped me to adapt to playing in a way that I should in order to become more successful. Last year showed me the way you play and the rope you’re given is dependent on you, whether it’s doing strength and conditioning properly, being on time or doing your assignments — It all adds to what you will be able to do on the court.”