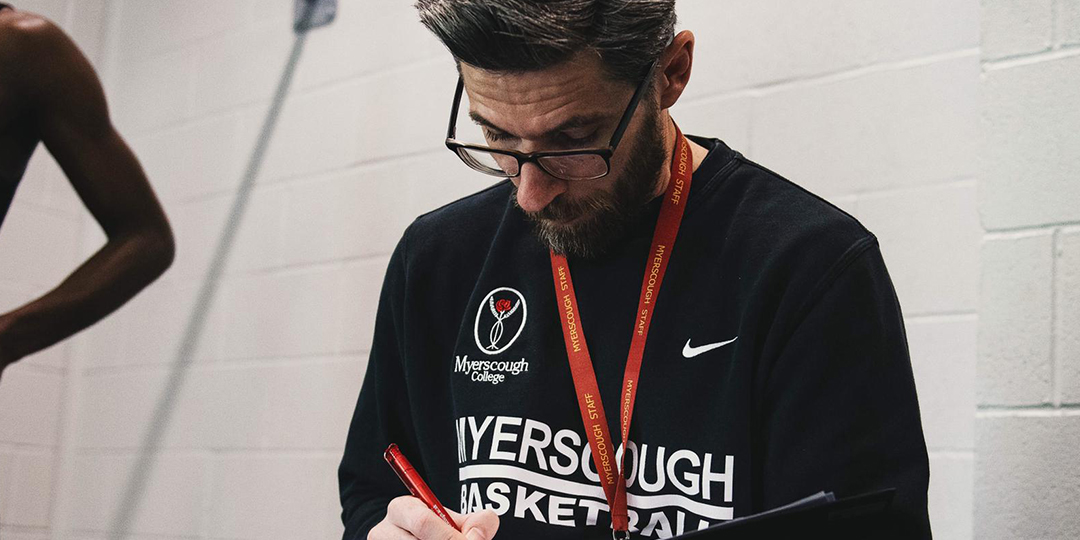 PRESTON – Myerscough Basketball Academy would like to thank Strength and Conditioning coach Alex Hodgson, who, after six years with the programme will be moving on.

“On behalf of myself, the coaching staff that have been part of the last six years, every player past and present, we would like to send a heartfelt thank you to Alex for everything that he’s done for us. He’s been here since our inception and has been part of our growth over the last six years and played a huge hand in getting us to the point we are now. His attention to detail and care of our athletes has set us apart — I truly believe that Alex is the best in the business and he’ll be massively missed.

“Alex is someone who has driven my philosophy and thinking over the last six seasons and he won’t know how big of an influence he has had on me as a coach and the way in which I do what I do. He probably won’t have thought about it too much, but he’s been a huge sounding board and my right-hand man for a lot of things and I’d like to thank him personally for everything he’s done, which has had a huge impact on how I’ve been able to build this programme.

“Alex is moving on to a different venture and we wish him the best of luck and he knows irrespective of where he is, whether its in China, Australia or Spain, that Myerscough is always there for him and we look forward to keeping in touch. Just because Alex is moving on doesn’t mean we won’t be able to feel his presence and we’re going to keep our relationship as strong as ever over the coming years and we look forward to seeing him back in the building soon.”