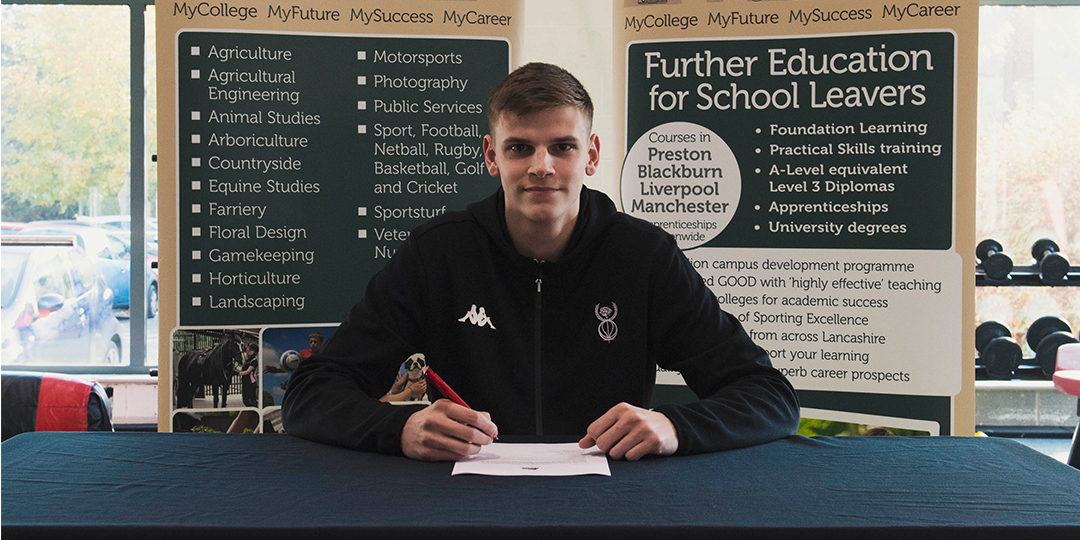 Okros, the current No. 1 ranked prospect in the DENG Camp Top 50, picked the Dragons over UTSA after gauging considerable interest from across NCAA Division I institutions. He visited both programmes at the start of November.

“You want to go to a college where you know you’re going to improve and develop — and also where you’ll enjoy the four years — and to make the best decision,” said Okros. “The coaching staff showed that they were really interested and care about me and going over there it was amazing to see the facilities they have to offer and they’re in the process of building a team to compete in the conference and I want to be part of that.”

Drexel, which is a private university located in Philadelphia, PA, made a massive push for the 6-foot-6 guard with head coach Zach Spiker visiting the Preston-based college in October. Assistant coaches Rob O’Driscoll and Paul Fortier also came to Myerscough, with the latter watching the National Cup game against Newcastle on Oct. 14.

“The whole process has taught me to be patient,” said Okros. “It was important to see what relationship I could build with the coaches and their successes — they know what Division I basketball is about and they know how to develop players. Drexel is also a top 100 university in America and I wanted to that balance between education and basketball.”

I’m Excited to announce that I have committed to Drexel University!!
I want to thank everyone who supported me up to this point and I can’t wait to start this new chapter. #GoDragons @DrexelMBB @DrexelUniv pic.twitter.com/azXEuziPBA

Okros is coming off a strong start to the 2018-19 season where he ranked 10th in scoring at 13.8 points per game over the first stage of the EYBL in Tallinn Estonia. He’s further proved himself at the men’s level in Division 2, with a 22-point, five-rebound and five-assist performance against London Westside.

The guard’s stock has risen over the last year and he further showcased his ability at the international when he represented Great Britain, which finished in a historic seventh-place at the 2018 FIBA U18 European Championships in Latvia.

The 17-year-old, who captained the Great Britain Under-16s a summer ago, ranked second on the team in scoring in Latvia and averaged 12.1 points in just over 21 minutes per game on 51.9 percent shooting, including hitting 13-of-25 3-point attempts.

“Myerscough gives you a lot of opportunities to grow as a player and to reach your goals and you need to have the motivation to want to get better everyday,” Okros said. “The coaches here provided me that base support I needed to further develop. All four coaches were there during the highs and the lows telling me what to do, how to get better and how to get to the next level.”

Okros joins 6-foot-8 American forward T.J. Bickerstaff as the other 2019 recruit to commit to the Dragons.