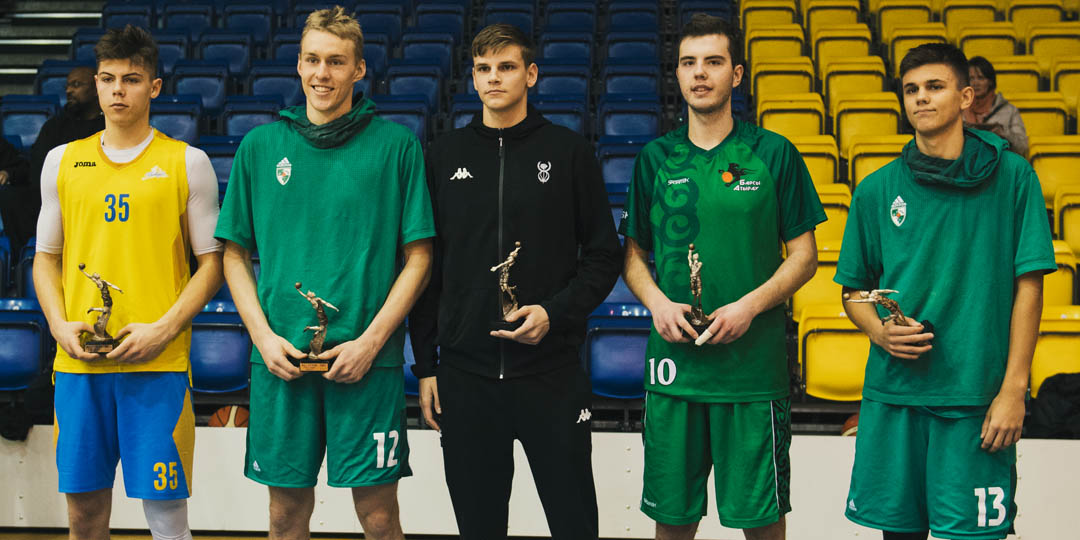 It is the second-straight stage that Myerscough has had a player named to the All-Star Five, with Samuel Keita earning the same honour in Estonia.

Okros (Class of 2019) was joined on the coaches voted team by Kerr Kriisa and Laurynas Vaistaras (BC Zalgiris), Kristaps Kilps (BC Ventspils) and Marko Lukic (BC Barsy).

The 17-year-old led Myerscough in scoring in three-straight games, including a season-high 26 points against BC Zalgiris. He went 10-of-15 from the field in the historic 62-56 victory for the Preston-based Academy.

“I really appreciate being named to the All-Star team,” said Okros, who is currently the No. 1 ranked prospect by DENG Camp and a recent commit to Drexel.

“I didn’t have the best of starts, but I think I did really well to help the team out even if it wasn’t though my scoring — I tried moved the ball, grab rebounds and do the all around little things.”

The 6-foot-6 guard averaged 13.4 points in fives games on 50 percent shooting and knocked down 8-of-20 3-pointers. He added 4.8 rebounds and a team-best 3.2 assists, which were both above his averages from Stage I.

Okros bounced back from a four-point performance in the opening loss to Ventspils with four-straight games in double-figures and he was instrumental in helping lift Myerscough to four consecutive wins.

“It’s a great honour to be named to the All-Star team,” said Okros, “But I would’ve loved to have seen the team finish in the top three. We showed we belong in Europe and why we are one of the best teams in England.”

Uladzislau Blizniuk of BC Tsmoki-Minsk, who Myerscough will face in Poland, was named MVP of Stage II.