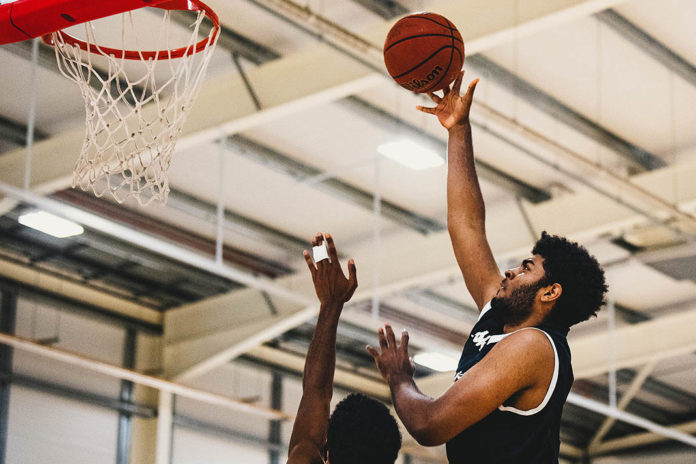 Fajana, who is currently the 13th ranked prospect in the DENG Camp Class of 2020, had interest from a number of high ranking junior colleges with Palm Beach State College and Eastern Florida State College among his top choices.

“I feel in my gut and my heart that Blinn is the right place to be,” said Fajana. “Knowing that the hard work I’ve put in over the past two years at Myerscough has been recognised, I’m grateful that I made that effort and I look forward to the next step.”

The 6-foot-8 and 105 kg native of Dublin, Ireland had a successful two-year run at Myerscough, being part of four championship teams at the junior level, including the 2019-20 European Youth Basketball League (EYBL) regular season title-winning team. He was also part of back-to-back U18 National Championship teams (Manchester 2018 and Myerscough 2019).

Fajana helped Myerscough reach the 2019 EYBL SuperFinal in the Academy’s debut season in the competition. He scored in double-figures eight times in 15 games and posted four double-doubles. In 30 games, the forward averaged 8.6 points and 5.6 rebounds.

Domestically, Fajana was named to the Elite Academy Basketball League (EABL) Second-Team at the conclusion of the 2018-19 season. He capped off Myerscough’s unbeaten season this year with a 22-point and 13-rebound performance at Derby to earn Player of the Week honours.

“Myerscough has played a major role in my progression,” he said. “From the facilities to the strength and conditioning and on court sessions, the Academy helped me develop my character and social skills on and off the court.”

Fajana had a standout campaign for Ireland last summer at the FIBA U18 European Championship (Division B). He averaged 15.0 points, which ranked 11th overall in Oradea, to go with 5.3 rebounds and 1.6 assists in eight games.

Blinn, meanwhile, finished the 2019-20 season with a 23-10 record, including an 11-8 mark in conference play. The Buccaneers reached the Region XIV Championship game under the direction of head coach Scott Schumacher where they lost to Angelina College.

Fajana joins Myerscough teammates Lewis McGlasson and Sam Chigbo in Brenham, Texas. Both announced their commitments to Blinn in March.