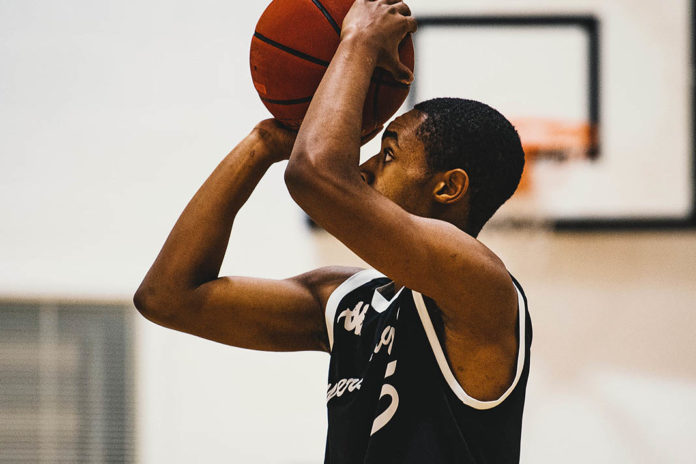 PRESTON – Myerscough guard Bradley Kaboza (Class of 2020) was named the EABL’s Player of the Week, the league announced on Friday.

Kaboza scored a career-high 36 points on 11-of-19 shooting to go with four rebounds and four assists in Myerscough’s 91-81 comeback win over Charnwood. He went 11-of-13 at the free throw line, including converting all four attempts down the stretch.

“It’s a good feeling — I’m happy to have performed and got a win with my team,” said Kaboza. “My confidence starts with my effort and that’s something you can’t take away from me. My coaches and teammates believe in me and that makes me even more hungry to win.”

The current No. 5 DENG Camp prospect has two 30-point games in the competition this season, both coming in wins over Charnwood.

The honour is the first of Kaboza’s career and the second Player of the Week award for a Myerscough student-athlete this season after Amari Williams earned his in Week 8 against SGS College.

Myerscough (11-0) returns to EABL action on Wednesday at SGS College.